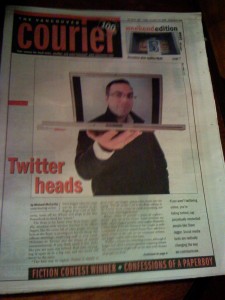 I had the honor of being the feature of a Vancouver Courier story on the use of Twitter in the business world. Michael McCarthy wrote a great article about myself and 2 other Vancouver Twitter users. Here is the article that ran this weekend.

Steve Jagger takes his usual seat by the window at the Raging Bean CafÃ© in Yaletown, turns off his iPhone and plugs in his Mac Powerbook to check his “tweets.”

The Bean is his home away from home; actually, anyplace with wireless Internet is his office. Jagger, like the room full of other people tweeting here at the Bean, is moving too fast for things like offices, meetings, employing staff or even email. Welcome to Twitter and the future of instant communication. If you think email is fast, dude, like you are sooo way behind. Real-time messaging is upon us in a big way, and the world will never be the same.

“The best way to explain Twitter is simply to show you,” says Jagger, typing a few words into his laptop. “I’ll tell people I am at the Bean talking to the Courier about a story on social networking and then watch what happens next.”

Bingo, within 15 seconds a series of replies–tweets–pop up on his screen. Some tweeters say hello, others suggest possible story angles. Reporter Gillian Shaw from the Vancouver Sun weighs in with a comment. A tweeter named Fuzzy Dave asks for a quick review of the cafÃ© for his restaurant website, and Jagger replies with a few lines. 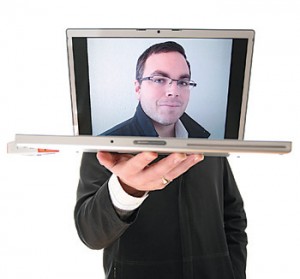 Within a minute the twittering is over, although if Jagger had asked a serious question requiring debate the conversation might roll on for days with dozens of people involved.

“I’ve got 228 people whose conversations I am following right now on Twitter,” says Jagger, checking his iPhone for instant messages and typing in a brief response, “and 427 people following my conversations. On a slow day I’ll post seven or eight tweets a day, and I may receive dozens. The other day I asked where I could get a fast haircut, and I got eight replies in eight minutes, from real people with real answers in real time.”

Twitter is a free social networking and micro-blogging service that allows its users to send and read other users’ updates (tweets), which are text-based posts up to 140 characters in length, or about one sentence long. Updates are displayed on the user’s Twitter profile page and delivered to other users who have signed up to receive them. The sender can restrict delivery to those in their circle of friends, or share with the public. Users can receive updates and responses via the Twitter website, RRS feeds, email or through an application such as Twitterfon or even on Facebook.

Founded in 2006 by a small podcasting company in San Francisco, Twitter began as an internal communication device for the company’s own employees, but rapidly spread and gained immense acceptance in the high tech community everywhere. Thanks to its repeated mentions on CNN during last month’s U.S. federal election, Twitter stands poised to become just as well-known and popular in the general public. According to the Financial Times, a few weeks ago social networking giant Facebook held acquisition talks with Twitter, with a buying price rumoured to start at $500 million. Twitter executives turned the deal down flat; it appears that a lot of people consider Twitter to be one of the most efficient communications tools ever created, and half a billion bucks isn’t enough to buy the model.

“If I update Twitter, it updates Facebook and my blog, and suddenly I have spoken to thousands of people,” says Jagger, reaching for his coffee. “I don’t use email much anymore and I think social media will largely replace email soon. Twitter is only 140 characters so you have to be short and succinct, and you can hold many more conversations. And it’s really fast.”

Twitter has enjoyed a 600 per cent increase in just 12 months, with more than six million users as of this month and millions more joining every week. Celebrities such as John Cleese, British actor Stephen Fry, tennis player Andy Murray and pop star Britney Spears are singing its praises.

Twitter was used extensively by Barack Obama throughout his presidential campaign to keep young, tech-savvy supporters fully appraised of rallies, debates, key policy discussions and ways in which they could get the vote out. It probably won’t be long before Twitter surpasses Facebook, last year’s social media phenomenon, which now boasts a global audience of more than 120 million users.

Aside from finding out where you can get a haircut in a hurry, what else can you chat about on Twitter? Jagger, 31, says the uses are endless for business, politics, the non-profit and fundraising worlds–and the general public of course. Formerly in advertising, he has built two businesses, a real estate company named Ubertor and a marketing company called Reachd.com, which teaches social media by using social media tools like Twitter. He now has thousands of real estate agents paying attention to his blog, business is up “a lot,” and Jagger has stopped using all other forms of marketing. His speaking engagements to various groups explaining how social media works have resulted in “about a 25 per cent increase in new business.”

His marketing strategies at Reachd–taught weekly at a local Irish pub in Yaletown–are “packed” with company executives trying to learn about social media tools as fast as possible.

Aside from twittering, Jagger films himself on other social media tools such as his Pure Digital Flip Video camera ($150, but free with his seminars) giving updates and reviews. He then posts those short video clips on his blog, then alerts followers to these video updates using Twitter. His entire office is comprised of his iPhone, Flip camera and laptop, which means he has few staff or expenses or meetings to slow him down. He’s too busy making money to hold meetings.

It’s the staff meetings and actual (versus virtual) offices–and the old school model of big business where events move so ponderously–that Jagger warns will leave many behind when real time communication takes over. For instance, he’s just back from a training session with reporters in the newsroom of the Vancouver Sun, and shakes his head at the negative reaction he received from older reporters who think that desktop computers, cubicles with filing cabinets, meeting rooms, the Internet, voice mail and a nice desk with a view of the waterfront comprise the state of the art in modern media.

“Big business is having a hard time getting a handle on this new media,” says Jagger, checking his iPhone that keeps beeping. “Meetings are such a waste of time. Reporters ought to be out on the street, staying on top of events, shooting and posting their own instant video and photos, filing copy from their iPhones. Why does the Vancouver Sun need a big fancy expensive office right on the waterfront?”

“Why can’t the public act as reporters and submit their own photos to the newsroom? Because union rules forbid it?” says Jagger. “Well, an awful lot of these reporters and photographers are going to find themselves laid off as soon as their business model expires.”

At a recent Board of Trade event last month titled Tough Talk for Tender Causes: The Case for New Communications Tools, Jagger and three other local experts on social media spoke to a packed room full of executives from Vancouver non-profit agencies. The speakers talked about the future of communication using blogs, Twitter, Facebook and other social media tools, especially as they pertain to organizations that need publicity and to fundraise. In a world where nobody knows where the economy is heading next, you could have heard a pin drop. Jagger, however, while extolling the virtues of instant messaging to build social networks, also mentioned the other side of the coin. In a world where people hold real time conversations in cyberspace, a lot of people are listening and nothing you say or do is private.

“The fact is, using new media, you can’t stop people from talking about you,” says Jagger. “The best that you can do is control the conversation. If someone does business with you and has a negative reaction, their comment can and will be posted publicly and people will respond to it. You don’t control your brand any more, the community will control the brand. Everything you do in the future will be in the public domain. If you smoke at parties, your photo may end up on Facebook. If you are caught drinking and driving, expect everybody to know about it immediately. If you lie, exaggerate or dissemble, in the future it is going to catch up to you. Honesty and integrity will be vital in all your real time communications.”

Does Jagger twitter endlessly like a Blackberry addict, at parties and dinner and during meetings? “No, I don’t check messages when I am out. If you want to talk to me, you have to call me on my cellphone, if I have it on. I only check my messages a few times a day. I’m too busy working.”

…… Conclusion of the story located here. 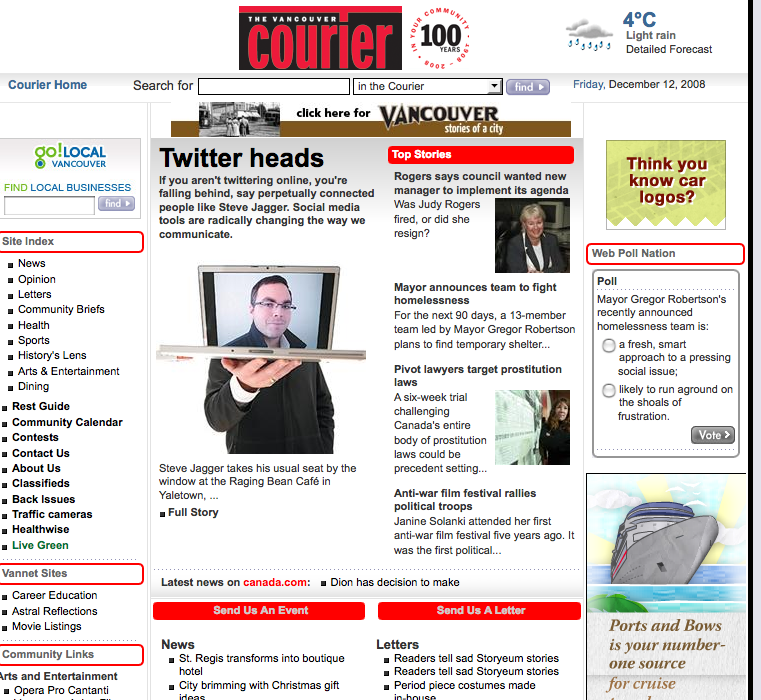